Our goal in winter 2013/2014 was to make a family electric car that could go over 800 km on a single charge, at normal traffic speed, and be able to supply electric energy to a house or company, and to fully recharge directly from a PV power plant or other renewable source (sustainable integrated grid). Powering the house should be enabled by a smaller removable battery pack, so the car would retain full functionality and have only a slightly smaller range when acting as a storage battery.

As of the end of summer, 2015, this goal has been achieved, and we have demonstrated that the dreams of tomorrow can be realized with today’s technology and a relatively small budget! We are a small private institute in Slovenia, and if we could do it, then big companies could have done it better and even more efficiently, if they had the will to do it. Such integrated, sustainable, systems could drastically change the demand for nonrenewable energy–not just oil, but also coal and natural gas. These systems should be implemented immediately, at the same time as electric mobility.

It is not just an idea, but it is actually in use every day at our house ! Metron 7 is also not a car built to break records, it is everyday car that our family drives

Metron 7 is a new concept. We have used the latest version of electric propulsion provided by Mahle-Letrika. It is  highly efficient with the efficiency of motor and controller together (motor x controller) varying between 91-96%. This efficiency, together with very high density batteries (187 Wh/kg), enabled us to make a family car, that could travel over 800 km on a single charge, at speeds averaging 70 km/h.

Metron 7 even has a bit more luggage space then the original Mazda 5 and is not filled up with batteries as some would think. It also has all the necessary equipment, including air conditioning, heating (bio-ethanol heater), an advanced GSM connection and a voice module. The GSM connection allows the user to switch on heating, control charging using a phone and receive safety messages. We have used some new, untested technologies when converting this car and they proved to be very successful. One of the most innovative solutions is propulsion cooling, that requires no air intakes.

Metron 7 also uses a small removable 10 kWh battery, that can be used to increase the range, or to power a house with 230 V AC. This battery is very similar to our innovation, which was built and tested during the last 2 years: an electric range extender for the Citroen C zero and the Electric VW Golf. When this ERE is inserted, trunk space remains the same as it is with the original Mazda 5. So far (October 2015) we’ve driven the Metron 7 as every day car for over 50000 km (30000 miles).

On October 12th 2014 Andrej and Jasna Pecjak drove Metron 7 736 km without charging in normal traffic conditions and normal open road speed  from Bled in Slovenija to Dubrovnik in Croatia.

On June 26th 2015 Andrej and Jasna Pecjak set a new record driving Metron 7  826 km (513 miles) on single charge from Berlin to Karlsruhe at an average speed of 72 km/h (45 mph). The trip was made during WAVE 2015 and the average speed includes all slow driving in cities, where we had to present our cars at certain cities, highways, local roads and traffic jams on the way. Metron 7 was the overall winner of WAVE 2015 in the Pioneers category

In summer 2015 the Metron 7 electric range extender (ERE) was successfully used as storage battery to power the Metron Institute. It was charged from the PV power plant on the roof of the Institute, so we have proved that a sustainable integrated electric power system using an electric car, ERE and renewable source (in our case PV) is possible with today’s technology! 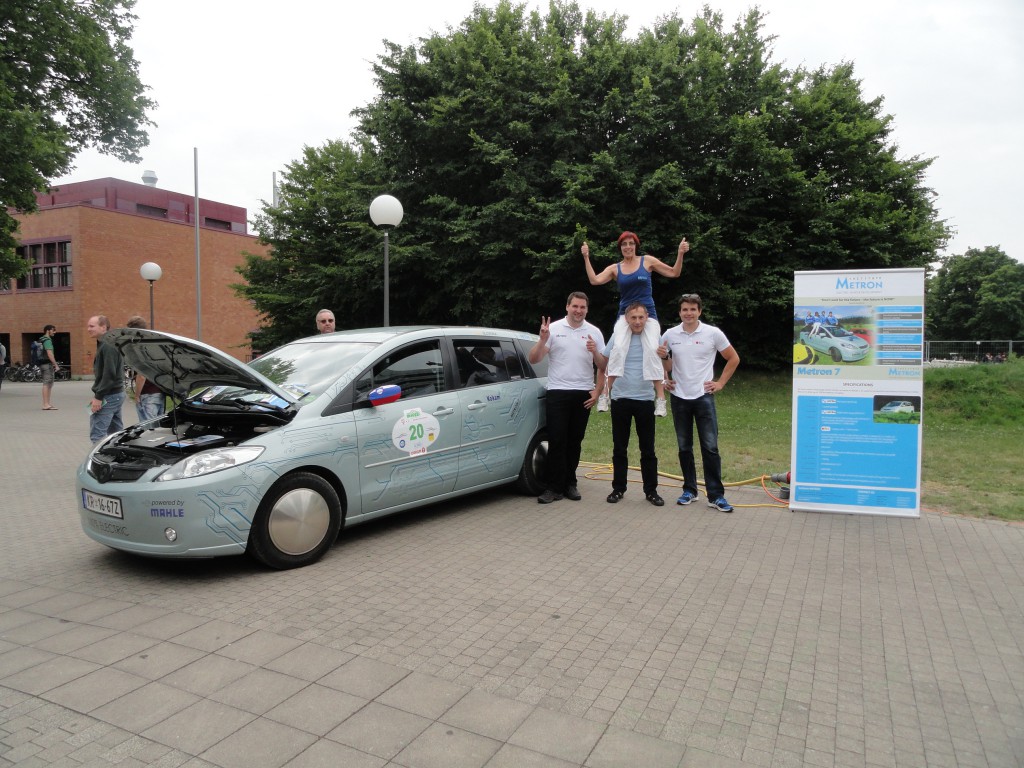 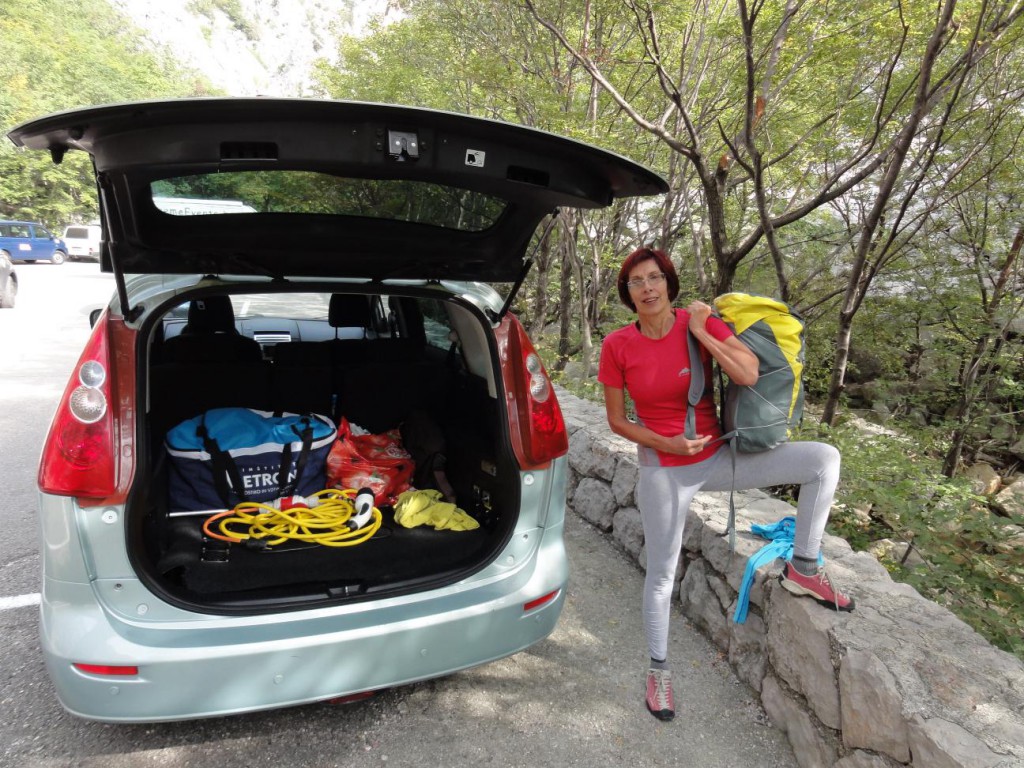 Here is gallery from the beginning of the conversion till finish: 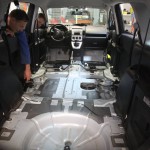 Where will the batteries go? 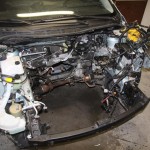 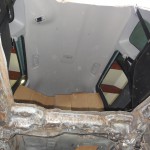 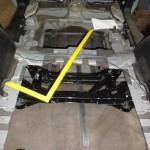 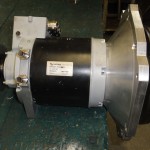 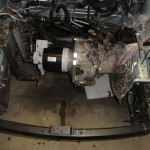 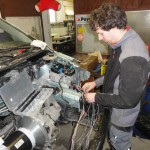 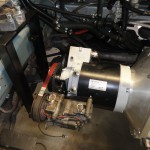 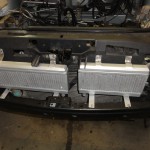 Coolers for motor and controller 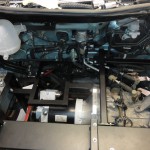 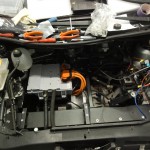 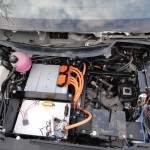 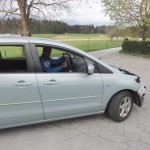 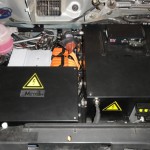 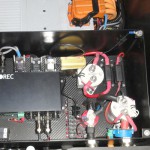 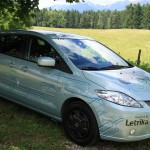 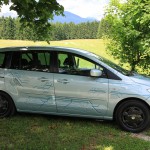 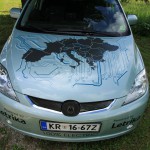 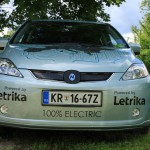 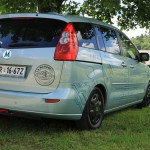 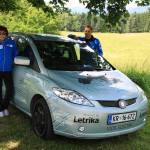