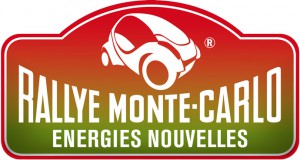 Rallye Monte Carlo des Energies Nouvelles is the most prestigious rally in the FIA Alternative Energies Cup. Rally is divided into several categories and one of them is a category of electric vehicles ( IIIA). In rally, in addition to electric vehicles, also hybrids, LPG and other alternative-fuel vehicles competed. This year’s rally was 14th in the row. The rally is of accuracy, not speed type, so it was necessary to drive at a certain speed in certain sections. The required average speed was around 50 km/h, which, on narrow mountain roads, dictated sporty driving.

In the category of consumption and category of electric vehicles, a winning car in last few years was Tesla Roadster. We knew that a victory in at least one of these categories would demonstrate that the Slovenian knowledge and components can compete with the most prestigious and best foreign products. 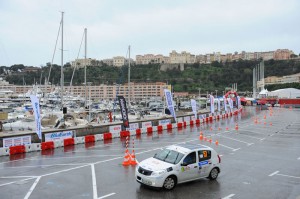 In Monte Carlo, also our converted VW Beetle 1975 was exhibited during the rally and has attracted many curious visitors who could not believe that it is possible to combine new technologies with the old-timer. 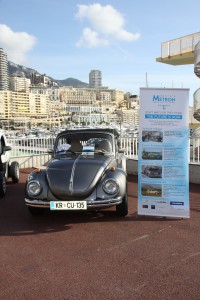 Longer Rallye Monte Carlo des Energies Nouvelles (RAMCEN) started 3/21/2013 from three different places: Annecy in France, Clermont-Ferrand in France and Lugano in Switzerland. On the first day, teams had 10 hours to get over the mountain passes (Sestriere) to Monte Carlo. There was no speed limit, but charging was only possible on special points. 470 km of road over the mountain passes is a serious task for electric car, especially since the charging time was limited. Both Teslas arrived late in Monaco, which had brought them the first 3600 penalty points. But Dacia has reached Monte Carlo even half an hour ahead of time.

On Friday, 22/03/2013, the race contained four precision tests on mountain roads (length of each was about 20 km); it led over many passes around Monte Carlo (total rise of 5000m) to Aix en Provence, and had eventually amounted to 444 km. Charging was aimed at an hour and a half long stop in Digne, which is 314 km distant with 4000 m of rises from Monte Carlo. The challenge was too big for Tesls and they got further 3.600 penalty points. Dacia arrived to Aix on time and even with a slight reserve, which would have been enough for another 20 to 30 km of driving.

On Saturday 23/03/2013, it was necessary to drive from Aix en Provence to Monte Carlo along the 315 km long route, with two accuracy tests over the mountain passes (each of them with a length of 40 km). It was necessary to get to Monte Carlo till 3pm.  This was followed by a 3-hour charge and night race with two accuracy tests around the village Sospel and over three mountain passes (total distance of 132 km).

On Friday, 22/3/2013, all 20 cars started their race from the Monte Carlo marina to the village called Sospel. In Sospel, there was a charging point where vehicles were charging for 3 hours. The route continued over two mountain passes, where two accuracy tests took place, and was held back to Monte Carlo. A total of 137 km of driving and 2500 m of rising was made.

On Saturday, 23/03/2013, there was an early in the morning race to Sospel, followed by two and a half hour charge. The second part of the race took place over two new mountain passes, with two accuracy tests and back to Monte Carlo. The same rout had to be driven also at night, but with a shorter charging time and the higher average speed required. At night, the road conditions deteriorated significantly and competitors had to drive in heavy rain, the road was foggy and full of falling rocks. Many vehicles did not finish the nocturnal race. Also our team with Superpiki had some bad luck – it had crashed in the rock on the road. But the team managed to fixed the broken tire with the fire extinguisher and that same rock, filled the tire with the spray, so as to be able to finished the race. The drawback however cost them some places in the final ranking – still, they managed to finish on the 9th place!

On Sunday, a test of driving between cones was set for all participants (RAMCEN and  ZENN), but it  did not change the results. Interestingly enough,  the drive between cones won one of the cars Tesla Roadster.