We have converted a luxury sport car Mazda RX8 to electric power to prove that an electric car with good performance was technically possible to make even at that time – 2009.  If big car producers did not have one in production it was not because such a technology would not exist, but simply because they either did not want to make it or had other reasons that prevent them to start mass production of EV’s. 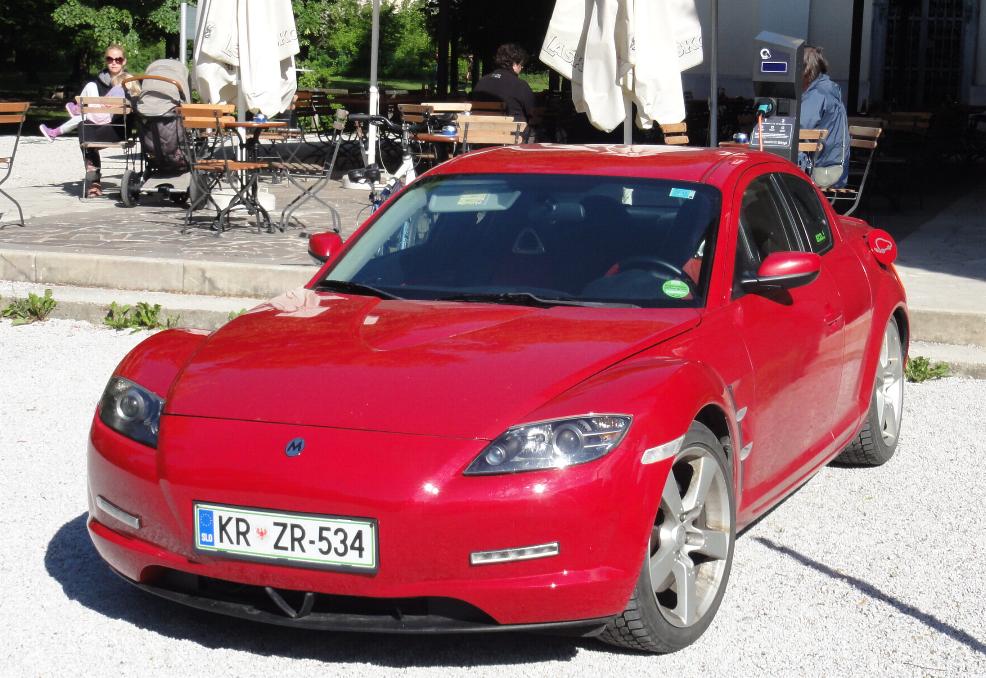 Bolt is now well on the road (100.000 electric km by June 2018) and drives as any other car. It is also a part of “Solar mobility” and V2G projects. Solar mobility means to be charged by electricity produced by photovoltaics on our roof. Bolt has been upgraded many times since 2009 when it made its first electric drive. We have added 2 cells, so it now has 61 Kokam 200 Ah cells with nominal voltage of 225 Volts and 15 kW 3 phase charger. Its induction AC electric drive remains a bit obsolete, so we will have to make an upgrade soon. Bolt took second place at WAVE (World advanced vehicles expedition) from Wienna to Zurich in june 2013

Technical data ( a bit “out of date” due to some improvements ) 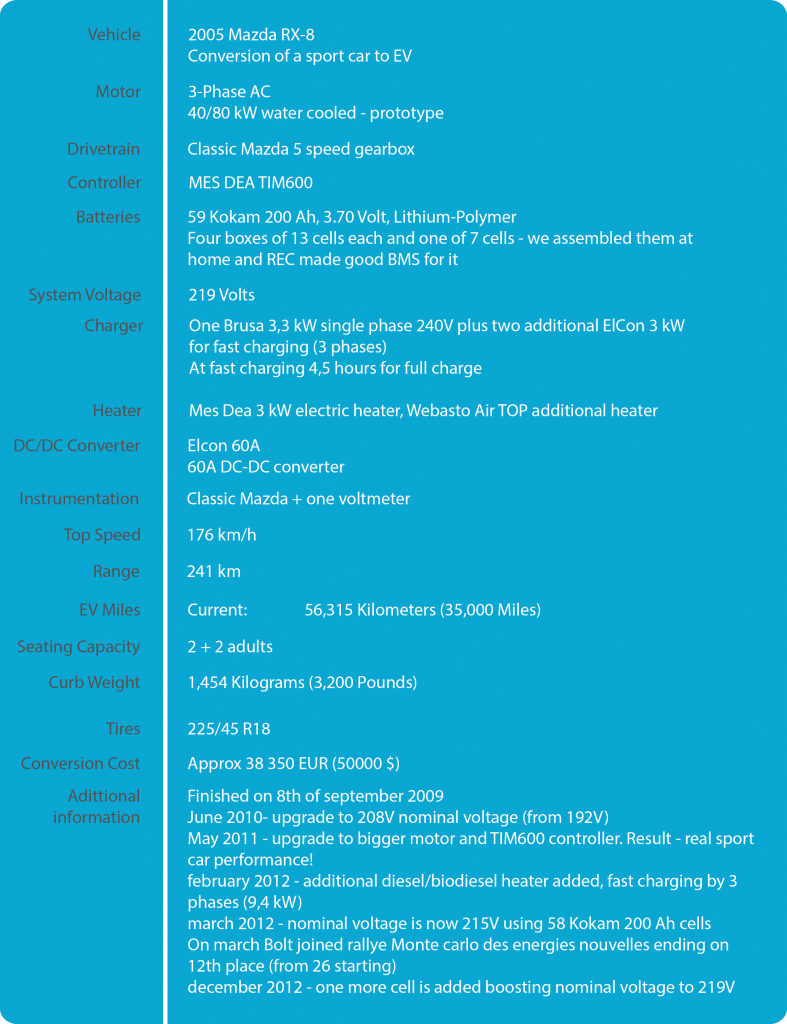